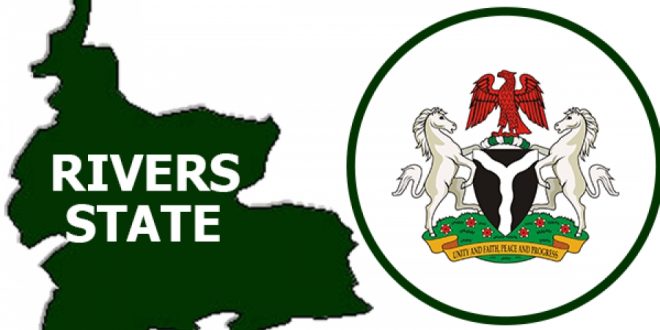 The signed bill was recently passed by the Rivers State House of Assembly.

Governor Wike says when agencies of the federal government are allowed to illegally demand and collect taxes meant for the state government to collect, they strangulate the state financially and turn them to be beggars.

He said: “But we (Rivers State) are standing on the part of history as representatives of the state to have taken the bull by the horn to challenge the illegality of the Federal Government through the Federal inland Revenue Services (FIRS).

“Of course, we are all aware that the states have already been strangulated. Most states depend on allocation from the federation account. States have been turned to beggars. Hardly will any day pass that you won’t see one state or the other going to Abuja to beg for one fund or the other.”

He said no campaign of calumny or blackmail on the part of Federal Inland Revenue Service (FIRS) would make what is illegal become legal. He dismissed the FIRS’s propaganda that 30 states will suffer if some states are allowed to collect VAT.

Wike pointed out that his concern is on establishing whose duty it is to collect VAT and the constitutionality of such position before talking about who is going to suffer or not.

He said: “In this Rivers State, we awarded contract to companies and within the last month, we paid over N30billion to the contractors and 7.5% will now be deducted from that and to be given to FIRS.

“Now, look at 7.5 per cent of N30 billion of contracts we awarded to companies in Rivers State, you will be talking about almost N3billion only from that source. Now, at the end of the month, Rivers State government has never received more than N2 billion from VAT. So, I have contributed more through the award of contract and you are giving me less. What’s the justification for it?”

The governor said that there are plans already for FIRS to introduce Road Tax and this is likely to take away more duties from the states, and further emasculate them financially.

The governor regretted that the state governments have been so emasculated that they could barely survive without monthly revenue received from Federation Accounts Allocation Committee (FAAC).

He stressed that the overbearing attitude of the federal government, impinged on attaining financial autonomy for the legislature and the judiciary since the states were not allowed to collect due revenues as specified by the country’s constitution.

Need an accounting software for your business? Hotline: Call or Whatsapp 0803 385 7245 or 0803 239 3958. If you also have an article or review on financial implementation or an accounting solution you want us to publish, send to blog@skytrendconsulting.com.