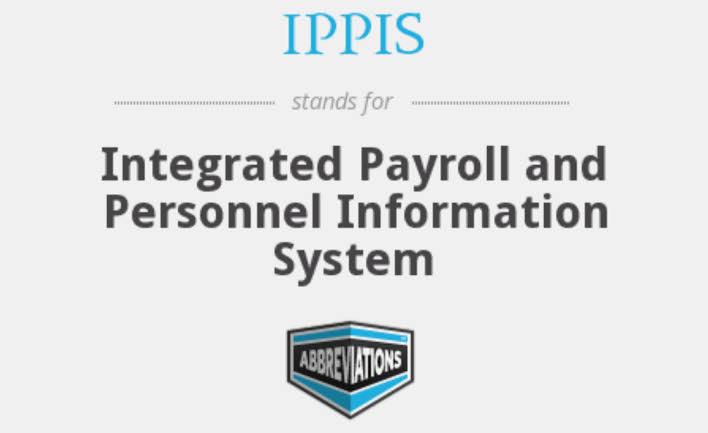 The Federal Government and the Academic Staff Union of Universities have engaged in fierce war of words over the government’s decision to make universities embrace the Integrated Payroll and Personnel Information System.

President Muhammadu Buhari had, during the 2020 budget presentation at the National Assembly on October 8, ordered that all public sector workers must register for the IPPIS to save cost and fight corruption by blocking leakages in the Federal Government’s salary payment structure.

But ASUU had, last week, opposed the President’s directive, saying the IPPIS negated the law of university autonomy.

Here’s what you need to know about the IPPIS and ASUU’s reasons for resisting it.

• It is responsible for payment of salaries and wages directly to government employee’s bank account with appropriate deductions and remittances of third party payments.

• IPPIS claims that its main aim is to pay accurately and on time within statutory and contractual regulations.

• The department is responsible for processing and payment of salary to over 300,000 Federal Government Employees across the 459 MDAs.

• IPPIS aim is to enrol into the platform, all Federal Government MDAs that draws personnel cost fund from the Consolidated Revenue Fund.

• Since inception of the IPPIS project in April 2007, the department has saved the Federal Government of Nigeria billions of Naira by eliminating thousands of ghost workers.

Meanwhile the Federal Government says the October deadline it gave all ministries, departments and agencies of government to enrol in IPPIS stands. The Accountant-General of the Federation, Ahmed Idris, describes the ASUU’s opposition to the compulsory migration of all federal government staff to the IPPIS as an “open endorsement of corruption”.

He states: “ASUU opposition to IPPIS is an open endorsement to corruption in the Nigeria University system as the IPPIS platform will not allow employment of workers at will without compliance to due process on employment.”

He notes that the IPPIS, a policy of government for which President Muhammadu Buhari directed that all MDAs drawing their salary from Consolidated Revenue Funds should join by the end of October 2019, was aimed at saving costs and wastages.

The AGF, who said other unions in the universities, had complied, advised ASUU to do same before the deadline. He said: “To meet the deadline of government, the process of enrolment is on-going; we, therefore, urge all university staff to ensure they enrol on to the IPPIS platform.

“It is a known practice all over the world that employees are entitled to their salaries and wages as at when due. That notwithstanding, there is nowhere employees dictate to their employers as to how he or she should be paid as being dictated by ASUU.”

What ASUU says about the IPPIS

• It violates existing laws and autonomy of the university

• It is World Bank-designed exploitative template

• IPPIS does not make provisions for payment of arrears of promotion, study leave allowance, and responsibility allowance, among others

Meanwhile, the Federal Government has warned that anyone who fails to register for the IPPIS by October 31 would not be paid.

But the Vice-Chancellor of the University of Ilorin, Prof. Sulyman Abdulkareem, knocked ASUU for rejecting the IPPIS.

The vice-chancellor, during a press conference in the university, supported the Federal Government on the IPPIS.

“I want to appeal to members of ASUU not to delay the October salary of the staff of federal universities with their action because the new system will not change their salaries. It is only the nomenclature that is changing.”

He explained that with the IPPIS, the Federal Government would maintain the payment of its employees’ salaries without cheating them.

The vice-chancellor stated, “What probably is the fear of many of the academic members of staff is that the system would expose them for not working for the money they earn in their primary place of engagement.”